Home » Daman-Diu Tourism » You are reading » 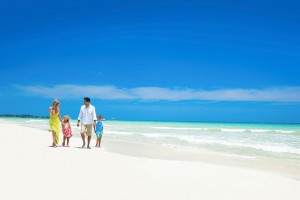 Discovering India is a personal journey. Not because our experience would make the encounters different, but also because our choice of destinations would vary.

For example, I indulged in Daman-Diu Tourism. What? You have no idea where is exists? Well, this second smallest Indian union territory is located on the western coast. Now you would ask what attracted me towards it.

Daman and Diu Travel Guide reveals an impressive number of churches, forts, sun-kissed beaches and monuments revealing the rich cultural heritage. The repertoire is so engaging because of its history, more than 2000 years.

So, I began with the illustrious Diu Fort, one of the top-most tourist attractions in Daman and Diu. Interestingly, it was the Portuguese invaders who had built this fort in Diu Island. Occupying a prominent position, its construction dates from 1535 and 1541 AD. A giant house located on the top of this fort is its main attraction. I was lucky to have an ethereal view of this well lit fort during the night. Ah, what a beautiful sight to behold.

Now moving ahead, I picked up the Nagoa Beach from the Daman and Diu travel guide. Known as one of the most popular beaches of Diu, it is shaped in a semi-circular way, in the shape of horse-shoe. After spending an idyllic day near the beach, I could feel the rapture of nature and the beautiful silence of the waves, kissing the shore.

The third destination included the Fortress of Panikotha, located in the middle of the sea. This magnificent stone structure, shaped in the form of a ship, was constructed jointly by the rulers of Portuguese and Gujarat to prevent any attack from the Mughals. Originally, prisoners were locked in the ancient cellars and cells of this Fort. An underground tunnel used to connect this fort with the land, but unfortunately, today it exists in ruined conditions. You need to book a ferry boat to reach the fort, which you can do either from Ghoghla Village and Diu Fort.

Daman and Diu vacations are incomplete if you do not add that religious touch to it. So, my fourth destination was St. Thomas Church, which reflects the remnants of Portuguese architecture, making you feel nostalgic. Built in 1598, this church also includes an enticing museum. The indelible artefacts include shadow clocks, idols, wooden carvings and stone inscriptions. 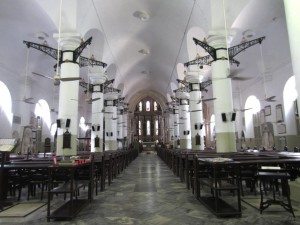 Now coming to the fifth destination, I am sure that you would be very surprised. Yes, rather than choosing other beaches such as Ghogla Beach, Jallandhar Beach and Chakratirth Beach, I chose to explore the Diu Jail.

The stone coloured greyish brick used to construct the Diu Jail takes you into the fascinating history of Daman and Diu. The illuminating lights make it even more irresistible. The power of historical narrative can be understood in a remarkable manner by visiting it. The Diu Jail is a most visited destination for experience seekers, history fanatics and photo fanatics.

So, my journey of Daman and Diu revealed me the unknown side of India and especially how Portuguese influence is different from colonial English administration. It is definitely a must visit for you, if you like discovering rustic, unexplored tourist destinations.

Gear on for it!