Let’s ask the question out aloud. What’s your best tourist destination in India? Definitely, it is quite tricky to answer, especially without pondering about it.

With innumerable options to choose from India Tour Packages, it has now grown even more confusing. Say for example, the difficulty of choice can be felt while deciding even between India tours, respectively in North and South India. 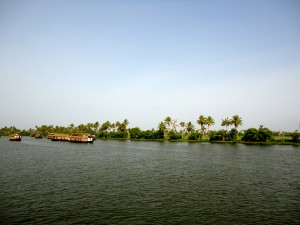 Do you want to relax in the silent backwaters of Kerala or would you prefer throwing snow balls at each other in Kashmir?

Fun never ends. Nor does exploration!

Keeping all these concerns in mind, I have tried to sum up the top five India tourist places for you. Quite often, inbound tour operators provide quite irresistible India tour packages that you must always keep searching for.

So, to start with, I would definitely add New Delhi as the show-stopper. Wondering why? Well, with enormous amount of history, culture, power and drama involved—the capital has witnessed few of the most enterprising eras of Mughal and British history. The most important tourist destinations in Delhi include Qutub Minar, Red Fort, Humayun’s Tomb, Akshardham Temple, India Gate and of course, the Purana Quila. The bustling colourful streets of Chandni Chowk should not be missed at any cost, especially when it comes to experiencing Delhi, the Indian way.

After this first stop of your India Travel tour, it’s now time to explore Agra. Located 200 km away from Delhi, it forms an important part of Golden Triangle Tour with the addition of Jaipur and New Delhi.

The very moment you step in Agra, it feels like a city frozen in time, especially medieval history. The radio is abuzz with Bollywood songs of the 1990s, and so is past preserved in the city in various forms. Agra Tourism is known for the Taj Mahal, Agra Fort, Chini ka Rauza, Mehtab Garden and Tomb of I’timād-ud-Daulah. The other attraction of Agra includes marble-inlay work, Persian rugs and a rich blend of Indo-Islamic culture.

The third and most captivating destination would definitely be Varanasi. Just like Syria’s Aleppo, it is one of the oldest cities of the world. Known as a famous pilgrimage destination for Hindus, it is noted for the Kashi Vishwanath Temple, Assi Ghat, and Ramnagar Fort as well as evening aarti at River Ganges. For shopping enthusiasts, go ahead and haggle for a Banarasi saree, which is an absolutely exemplary attire to wear.

Fourthly, go ahead and explore Dharamsala, a hill station located in the Kangra district of Himachal Pradesh. Endowing a heart-touching view of Kangra Valley, this leisure destination is a real treat during scorching summer months. Additionally, you also get a taste of Tibet, reflected in the cuisine, culture, cafes and monasteries. You can also go ahead and explore Bhagsunag Falls, Kareri Lake and Kangra Valley.

And for those, now craving for a blend of adventure can opt for Rishikesh Tourism. After all, Rishikesh is fondly also called as the ‘Adventure Capital of India.’ Few of the adventurous activities that can be enjoyed in Rishikesh include hiking, camping, white river rafting, rock climbing and even back packing. Over the past few years, bungee jumping and camping have also increased.

So, explore these and let us know what you liked the best. Get, set and go. 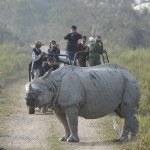 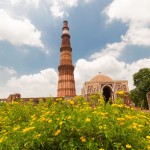 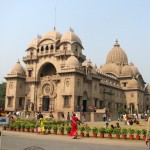