Home » Manipur Tourism » You are reading »

The beauty and charm of Switzerland in Manipur 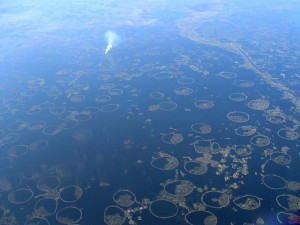 It is indeed a myth to categorise culturally rich and vibrant state of Manipur as an off-beat travel destination. In fact, Manipur tourism unfolds the true beauty, essence and rich topographical landscape of this state. Manipur has been called as the ‘Switzerland of India’ due to its rich and picturesque heritage. I had heard a lot about Manipur’s matriarchal customs, exquisite temples, elegant shawls and innovative bamboo goods. All of this encouraged me to head along Manipur as my next travel destination.

Loktak Lake: It is also known as the ‘floating paradise’ of India. It is one of the largest freshwater lakes in India. I could see innumerable Phumbis, or accrued biomass, floating on water with little light huts constructed over it. Interestingly, Sangai, the endangered deer is also found only in this vicinity.

Khwairamband Bazaar: It is one of the biggest and rarest women run markets in India. Bustling with colours, crowd and chatter, it made me feel alive and rejuvenated. The variety impressed me even more. I could buy anything from there, be it vegetables to clothes. Eating joints at this market had a very delicate and soothing Manipuri touch.

Khongampat Orchidarium: Located around seven kilometers away from Imphal, it reveals the rarest orchid collections in India. It is best to visit this Orchidarium during the wet monsoon months from April to August. It is really tempting to watch these orchids in full bloom.

Mutua Museum: It is located in Andro, around 21 km away from Imphal. This museum includes the exquisitve artecrafts of the various tribes in Manipur. It also houses an enthralling collection of dolls, musical instruments and potteries.

Thus, touring Manipur not only replenished my energy level but also revealed so much about this state that has never been written before.