The adventurous side of Golden Triangle Tour in India 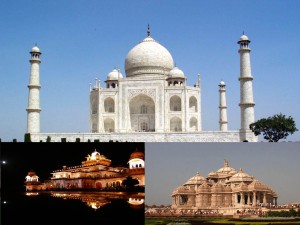 Dying to explore India in an adventurous way? If yes, our story is definitely going to strike a chord with you. We had heard, quite several times that the best way to explore this mystical country is through Golden Triangle Tour in India. Well, the Golden Triangle consists of, quite geographically and culturally, three cities- Agra, Jaipur and Delhi. You can always mix-and-match different destinations & themes or create your own customised trip. What more could we ask for? As we, definitely wanted to gear on for an adventurous experience. The options in Golden Triangle Packages that caught our eye were Delhi Agra Jaipur Travel, Delhi Agra Weekend Trip, Delhi Jaipur Weekend Trip, Delhi Ranthambhore, Golden Triangle Tour and Jaipur Package Two nights. Without much ado, we started on with the Trip to Ranthambhore from Delhi.

Our first destination was definitely New Delhi, the political capital of India. After letting the city grow on our skin, we geared on to explore the rich history of this territory. Internationally known for its rich diversity, monuments and cultures, Delhi is a rare blend of modern and traditional parts of India. For example, North Delhi including forts, mosques and bustling markets have the feel of Mughal past. While South Delhi boasts of a striking British royal nostalgia, especially in terms of the urban touch of architectural exquisiteness. We visited several places such as the India Gate, Mahatama Gandhi Memorial, Raj Ghat, Red Fort, Akshardham Temple and Jama Masjid. The tempting cuisines in New Delhi were too spicy for us. But indeed, it was fun to try them.

After few days, we travelled to Agra, situated 200 km away from Delhi. Here we got to explore Sikandara, famously eulogised as the grave of ruler Akbar the Great. Along with the World famous Taj Mahal, we also explored Khas Mehal, Jehangir Mehal & Deewan-e-Aam. En-route to Jaipur, we explored the Ghost city of Fatehpur Sikri. In its entirety, Agra was like peeping into the rich past of India. Now we were ready for the real adventure. 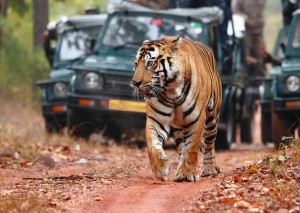 Though, we got the time to explore the best attractions of Jaipur, like the Hawa Mahal, Jantar Mantar, City Palace & Amber Fort, we were waiting anxiously for the Ranthambhore trip. Located near to Sawai Madhopur, the Ranthambhore national park is one of the best places in India to spot the rare Bengal Tiger. It became an important part of India’s wildlife preservation with the Project Tiger scheme. Over the years, the park has also introduced interesting features like the camel and jeep safari, adding more machismo to it. One can also spot migratory birds here. We liked the fact that it was not as commercialised as the other national parks and hence, the entire journey was definitely unique in itself. You end up feeling at sync with the surrounding. And what else, we had our DSLRs ready. Our clicked wildlife pictures are definitely worth framing.

Nevertheless, we returned to Delhi by the end of this adventurous trip. And nestled into deep sleep. Indeed, it was a thrilling experience to indulge in Delhi Jaipur Agra Travel.