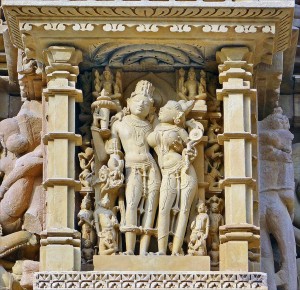 Renowned as the ‘Heart of India,’ Madhya Pradesh is a destination that one must visit. Filled with vivid colours, cultures and  traditions, Madhya Pradesh tourism simply takes your breath away.

As we had never seen India before, our travel to Madhya Pradesh was very exciting. It was our first chance to explore India. We took a flight from Delhi to Indore for our destination. Our group included children, who had already made up their minds to explore the wildlife sanctuaries in Madhya Pradesh. And why wouldn’t they? However, it’s impossible to explore the entire Madhya Pradesh in one go. Its interesting to know that this Indian State covers more than Italy or Germany. Anyway, we reached, booked a hotel, freshened up and started of with our tour.

There were different types of Madhya Pradesh travel packages offered by various tour operators. However, our tour included the exploration from Sanchi Stupa. This Buddhist architecture is lauded as one of the oldest stone structures in India. It was serene and tranquil. The entire feeling was great and we thoroughly enjoyed its quaint beauty. The next stop were the intricately carved temples of Khajuraho. These were built in 8th and 9th century by the rulers of Chandela Dynasty. We were mesmerised by the charm of these temples and after spending about 3 hours there, we finally headed back to our hotel. Sleep quickly enveloped us as we were too tired.

Our next day was even better. It was bright and sunny. We visited the Bandhavgarh National Park which has the highest number of tigers in India. It is also known for royal tigers, spotted deer, chowsingha, nilgai, chinkara, sloth bear, jackal, hyena, langur, 240 species of avi-fauna and a variety of reptilian species.  We took a Jeep safari and enjoyed the visit to the fullest.

You must travel to Madhya Pradesh if you are in love with the exotic wildlife, amazing architecture, grand palaces, colourful dances with ethnic music and the quaint villages that will take you to a different world of imagination.  Especially the kids in our group had a great time and were beaming with happiness.

We also explored Orchha, Madhya Pradesh’s off-beat travel destination. It has some of the most captivating architectures and will leave you surprised with exquisite architectural skills. The rest of the trip was dedicated to Gwalior and its forts. Gwalior, once the capital of Marathas and Mughals, has some very finely designed villas, palaces and forts.

Finally, our trip came to an end. Leaving Madhya Pradesh was very nostalgic. It felt as if something very precious was being left behind. We bade adieu to Madhya Pradesh but with a promise to be back soon and with ample of time to adore its quaint beauty.