Home » Gujarat tourism » You are reading » 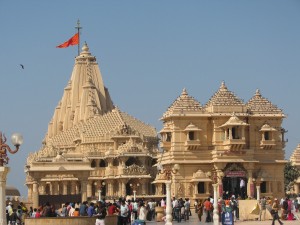 The ethnically diverse state of India, Gujarat tourism lets one discover the centuries of history that gave rise to the present day vibrant state. Gujarat is unique because of its topographical landscape. It is the most industrialized state in the country and has the largest petrochemical complex in India.

Gujarat also has the longest coastline in India and the major tourist attractions include the beaches, holy temples, ancient structures, wildlife sanctuaries and hill resorts. Since Gujarat’s culture forms an integral part of India so I decided to venture out for Gujarat state.

My Gujarat travel package included the destinations of

Dwarka: Capital of Lord Krishna’s kingdom, Dwarka is a major Hindu pilgrimage. It is one of the 4 most important pilgrim places. It is mentioned as the Golden city in the Bhagvad Gita. The major pilgrimage destinations in Dwarka are Jagat Mandir, Rukmini temple, Hanuman temple, ISKON temple and many more.

Somnath Temple: Is a very ancient temple .It is believed that Soma or the Moon God built this temple in gold, the demon king Ravana built it in silver and Lord Krishna built it in wood. The nearby attraction to this temple is the Somnath beach-counted as one among the finest beaches in Gujarat and is known for its peace and tranquility. Though it is not recommended to swim here yet one can enjoy the scenic views.

Gir National Park: Apart from Africa, it is the only place in the world where Asiatic Lions are to be found. A jeep safari is the best way to experience the wilderness of the park. While on a safari, you can spot a Lion in its natural habitat.

Saputara: Is a beautiful hill station perched at an altitude of 1000m. It is located on the 2nd highest plateau of Sahyadri range. As per the Hindu mythology, Lord Ram had spent his 11 years of exile in the dense forests here. There is a deity of a serpent placed on the banks of the river Sarpaganga. 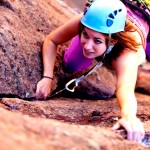