Home » Jharkhand Tourism » You are reading »

Land of Forest and Waterfalls Jharkhand 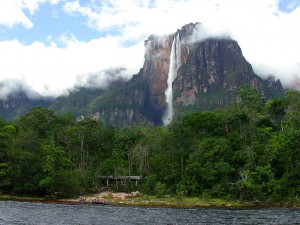 The state of Jharkhand is known to possess diverse physical features such as hills and forests, holy shrines, museums, wildlife sanctuaries and so on largely contributing towards Jharkhand tourism. It is also renowned for its rich mineral wealth. The Chota Nagpur plateau forms most part of the state and so is the source of many rivers. I was keen on touring to the mineral state of India and planned for a holiday in Jharkhand. The state has a rich history and is one of the youngest in India.

The main cities in the state are Ranchi, Bokaro, Jamshedpur and so on. These cities are also famous for its steel industries.

Hazaribagh – Land of a thousand gardens, the city is extensively known for a health resort and Hazaribagh National Park. Another popular attraction is the Hazaribagh Lake, which is also a sought after picnic spot and a popular site for water sports. One can also visit Canary Hill and have a view from the top of the hill. The major places of interest here areParasvanatha, Jilaiya Dam Rajrappa and so on.

Deogarh – It is a major Hindu pilgrimage and a famous health resort. It has the ancient temple of Baba Baidyanath, which is one of the twelve Jyotirlingas in India. It was at this place Ravana cut off his nine heads to repent and Lord Shiva blessed him by joining back all his heads like a Vaidya. Nandan Pahar, Basukinath, Tapovan, Rikhia Ashram, Trikuth Parvat are some of the places here to visit for. 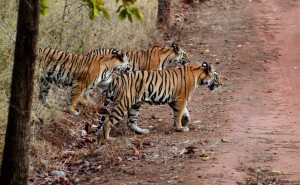 Bokaro – Is an industrial city with the largest iron and steel plant in India- the Bokaro steel plant. The city is mainly comprised of valleys and streams. Some of the best places of tourism in Bokaro are the Bokaro Steel City, City Park, Jawaharlal Nehru Biological Park, Garga Dam and Bokaro Ispat Pustakalaya.

Jamshedpur – Popularly recognized as ‘the steel city of India and acclaimed as first planned city in India, Jamshedpur is enriched by many mineral resources. It is one of the lusting green cities in India inspite of so many industries. The tourist places here are Hudco lake, Jubilee park, Rivers meet, Dimna lake, Tata Steel Zoological park and many more. 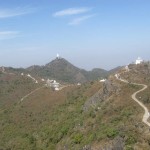