In the Bygone Era with Karnataka 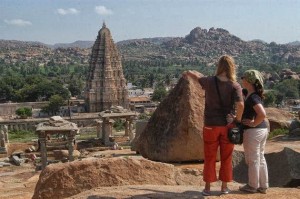 Karnataka is a city of royal palaces, silk sarees and sandalwood. India’s richest silk saris are woven in Mysore of Karnataka. Karnataka is a state in Southern India and has various land features, that is in coastal region you will find numerous coconut trees and beautiful beaches and in the interior with Mountains,valleys and farmlands. Karnataka is the sixth largest state in India.

The most sought tourist places of Karnataka are

Mysore- Mysore city is famous as City of Palaces. It stands by a hill named after the Goddess Chamundi. There are number of buildings built by the Royal family and are exquisite examples of Dravidian architecture. It is also called as Sandalwood city as once you enter the city, you are greeted by the aroma of Sandalwood,rose,jasmine and other fragrance. Places to visit in Mysore are Chamundi Hill, Brindavan Gardens, Maharaja’s Palace and others. 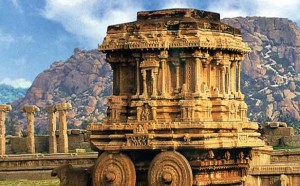 Bangalore- The city is lined with green landscapes, gardens and parks and so is aptly called as the Garden city of India. It is now termed as Silicon Valley for its status as one of the major centers of the IT. The major tourist attractions here are Jawaharlal Nehru Planetarium, Lal Bagh, Cubbon Park, The Aquarium, Venkatappa Art Gallery, the Vidhana Soudha and Bannerghatta National Park, which are must visit locations.

Coorg- Coorg is praised as the ‘Scotland of India’ and also renowned as ‘Kashmir of the South’ due to the majestic beauty and cool ambiance of the hill station. It is the best summer retreat to escape from hot summer days. Abbey falls, Madikeri fort, Raja’s seat, Tadiyendamo and many more are the attractions to look out for.

Hampi- One of India’s top historical destinations, Hampi is a laid back village. The place has some extremely captivating ruins dating back to 14th century. It comprises more than 500 monuments; the most striking is the Vittala temple dedicated to Lord Vishnu; the hall has 56 pillars that make musical sounds when struck. 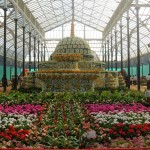 Bangalore as a major tourist attraction in Karnataka

«Next Post Land of Forest and Waterfalls Jharkhand
Unravel the beautiful lakes, hills and valleys through Mizoram Tourism Previous Post»