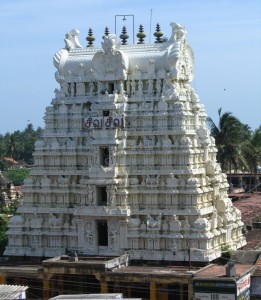 What is spirituality? Or perhaps, what is religion? It is very difficult to crave the answers of such in-depth questions, especially dealing with the sacred and subjective realms of personal transformation. Nevertheless, exploring these dimensions and power emancipation can be best experienced in India, the land of spirituality. The beginners must delve into religious tour in India. For those craving for more, let me get into the further details.

So, let’ start with the basic question! I wonder what it is actually about – the monks, spiritual religious fairs, Indian culture, tradition or just the millions of temples that are constructed in India. Or perhaps, it can also be about story-telling, the art of touching the spiritual quest in pilgrims, in a phenomenal way. Whatever it is, there is no comparison to Spiritual Tour Packages in India.

In order to not let my life and its quest become just a gibberish yearning, I opted for Spiritual Packages in India. Since I did not crave for redundancy, I chose Madurai to Kanyakumari Temple Tour. You might wonder what my reasoning behind such an act was! Quite often, the baggage and importance of a religious or spiritual place is over-hyped and exaggerated. It then becomes mandatory for a pilgrim to connect with the space. And if one isn’t able to, it becomes quite distracting.

So, to carve out my own journey, I chose to start from Madurai in Tamil Nadu, also called as the ‘Athens of the East.’ Madurai was introduced to me, in a spiritual and religious way, by visiting Meenakshi Amman Temple, dedicated to Goddess Parvati and her Consort Shiva. Madurai is known for being one of the oldest cities in India, flaunting 2500 years of existence. By marking my advent into the religious space of this temple, I could feel the beauty of South Indian temple architecture.

The next day, I got to explore Thirumalai Nayak Palace, the 17th century masterpiece built by Thirumalai Nayak, one of the protagonists of the Nayaka dynasty. One can explore the classic fusion of Islamic and Dravidian style. Towards, the evening, Thiruparankundram Temple, dedicated to Lord Subramaniya was ready to tantalize me. And best of all, the Azhakar Kovil Temple dedicated to Lord Vishnu is another religious destination for pilgrims. 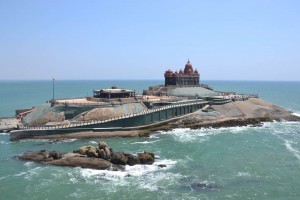 After an early breakfast in the morning, the next day was all about travelling to Rameswaram, popularly called as the ‘Varanasi of South India.’ To be quite honest, I could feel the beauty and depth of religious devotion by exploring destinations like Ramanathaswamy Temple, Dhanushkodi and Agnitheertham. It was definitely a life changing experience.

Then I moved ahead for Kanyakumari, the land known for ethereal sunsets. It was definitely a very beautiful and life changing aspect of my Spiritual tour in India to visit Kanyakumari Temple and Triveni Sangam.

In the end, today when I look back, it was definitely a life changing quest. It taught me about spirituality, way beyond books can. Simply, soul touching, I say!