Home » Andaman Tour » You are reading » 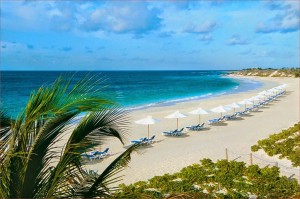 Exploring the candid beauty of Indian vistas is simply impossible if the impeccable freedom struggle of this nation is not understood. And for that, it is essential to scan the monuments in India, which speak loudly in silence. Following this unusual quest and without any remorse, we decided to experience the unknown side of Andaman Holiday packages. Now this was beyond just adventure sports, sun-kissed beaches, snorkelling or simply relaxing. In fact, it was more of testing our own guts, psychology and understanding of India’s past that today, stays unknown in Andaman Places.

In case you are wondering what was so incredible that we, a small bunch of history students from Cambridge could explore with Andaman Holiday Packages, you are in for some serious revelation. Our sole destination was the Cellular jail, also called as ‘Kala Pani.’ The dilapidated condition of the jail, which was used as a torturous confinement during the British rule India welcomed us with a murky, hollow and unfamiliar embrace. The very idea of developing this cellular confinement goes to Governor General of India Lord Cornwallis. The idea, it is said, took shape, right from the 1700s. In fact, this region was surveyed by Lieutenant Archibald Blair, from where the name of Port Blair originates. But coming down to 1857, the number of rebels against the British Government had dramatically increased and hence, the storehouse for these ‘hot-blooded’ youth was designated as the unforgiving confinement of Cellular Jail.There are so many documentaries that narrate this saga, definitely blood curdling in its impact.

Perhaps, similar to Shutter Island in its psychological and barbaric act, the Indian history’s blood-red past has imbibed this Jail in a remorseful manner. Now transformed into a National Monument, the jail had once, imprisoned around 150 Indians who had dared to revolt against the British empire. On March 10, 2006 this jail marked 100 years of its establishment. Following the academic lineage of historical thinking, such monuments have always enthralled us. But somehow Andaman Islands was smelling of sacrifices, an ambience that we certainly found too difficult to breathe in.

Wondering the origin of its name, well it acquired the official name of ‘cellular jail’ because it was entirely made of individual isolated cells. The honeycomb like structure of these cells, lined in an intricate pattern, yet reeking of isolation, definitely sent shivers down our spine. Its very difficult to even imagine what ‘Kala Pani’ would have meant for the freedom fighters of India and especially there family members. But one impressive historical fact that caught our eye was the fact that Subhash Chandra Bose had hoisted the Indian flag near the Cellular Jail on December 30, 1943. This day has definitely left an impeccable impact on the Indian psyche. Thus, in a nutshell, the more we explored Andaman Islands Tour, the more we could connect with Indian saga. 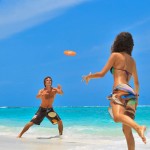