Experience beyond tourism with Himachal 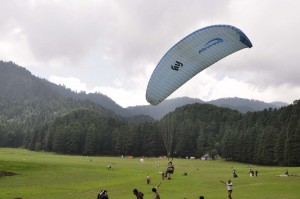 Referred to as the place of God, Himachal is bordered by Jammu and Kashmir on the North, Punjab on the West, Uttar Pradesh on the South and Uttaranchal on the East. The state is covered with immense natural beauty and is, undoubtedly, one of the most popular tourist destinations in the world. A majority of the area is mountainous, and lofty ranges, deep valleys, swaying waterfalls and lush greenery symbolize the state. I also availed for a fun filled and cool Himachal tour.

The mystique of the mountains is overpowering. The mighty peaks of the Dhaula Dhar, Pir Panjal and western Himalaya ranges rise above Himachal, providing a setting for a host of adventure activities from treks and rafting to skiing and Buddhist meditation. Tibetan Buddhist culture abounds in the ancient monasteries of Lahaul and Spiti and the bustling traveler centre of Mc Leod Ganj, home to the Dalai Lama and the Tibetan government in exile.

In the far east of Himachal tourism, Shimla is India’s most popular hill station, and further north is Kinnaur, the Eastern getaway to Spiti and an increasingly popular destination for domestic hill tours. In Central Himachal, Manali and the Kullu valley provide a base for hippies and thrill shakers. Across Himachal, the lower hills bristle with castles, forts, temples and palaces.

Manali is the start of the main overland route to Ladakh, increasingly popular, the Great Himalayan circuit starts in Kashmir, slices through the valley of Ladakh, Lahaul and Spiti to Kinnaur and ends with some luxury in Shimla.

Himachal Pradesh sightseeing is dotted with various holy sites that are revered by people of many faiths. The most famous tourist place is the Tabo and Key Monastery in Lahaul and Spiti. Various temple attractions include Chamunda Devi Temple in Dharamshala, Naina Devi Temple in Bilaspur and Ramachandra Temple in Manikaran. There are many churches and monasteries too that adorn the land of Himachal Pradesh.

Dharamshala is the abode of the Dalai Lama and is popular place. This place is known for its scintillating scenery and spectacular landscape. The snow capped Dhauladhar Mountains is a sight to behold. You will see different kinds of tourists at these spots from the honeymoon couples to families. The climate is fantastic throughout the year. The Tibetan culture is a major attraction here. Tourists love to try the Tibetan food and learn their culture.

Thus with this ended my Himachal travel with long lasting memories and relaxation. 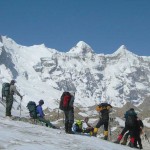