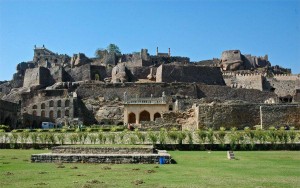 Andhra Pradesh, India’s 5th largest state and has a rich historical past. It dates back to the epic age. It was an integral part of Emperor Ashoka’s vast kingdom and not surprisingly an important Buddhist centre as well. I planned for tourism to Andhra Pradesh that would travel me back to the ancient past and a rich cultural heritage of the place which was ruled by several dynasties.

The major tourist attractions that captured my attention were:

Golconda Fort: Located in the capital city of Hyderabad, the fort was first built of mud by Kakatiya rulers during the 13th century. The world renowned Kohinoor diamond was found here. An added attraction here is the enchanting sound & light show in the evenings. One of the most interesting features of the Golconda Fort is its system of acoustics. The sounds of hands clapped at the entry gate can be heard clearly at ‘Bala Hissar’, the highest point, a km away.

Araku: Araku hill station is among the most important tourist destinations in Andhra Pradesh. Situated at over 112 km away from Visakhapatnam, the hill station is known for its scenic gardens with lush green valleys, waterfalls and streams. One enjoys the journey through the thick forest of the Eastern Ghats.

Nagarjuna Sagar: Nagarjuna Sagar dam, located on the borders of Guntur and Nalgonda districts is among the earliest structures built by the government leading to the Green Revolution in the country. The hotels lined around the lake and the dam provides calm, composed and a serene view. The excavation site, inspired by the Roman era and a museum built on the island with relics of Buddha draw history lovers from all over. 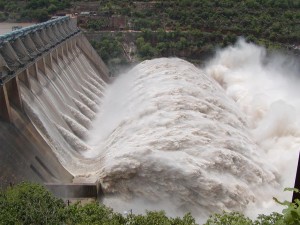 Warangal Fort: Located in the Warangal district, the fort has beautifully-carved arches, pillars spread over a radius of over eight km. The fort was the seat of power for the Kakatiya Empire, which brought the Telugu-speaking people from the region under one roof. The Thousand Pillar temple built in the 11th century is another major attraction among the devotees for its architecture.

Srisailam: Located on the banks of Krishna River, this small city is a popular destination for weekend trips. The major attractions of this city are the Nallamalai Hills, dams, and some ancient temples. If you want adventure travel in Andhra Pradesh, wildlife in this city, you can visit the hill forests.